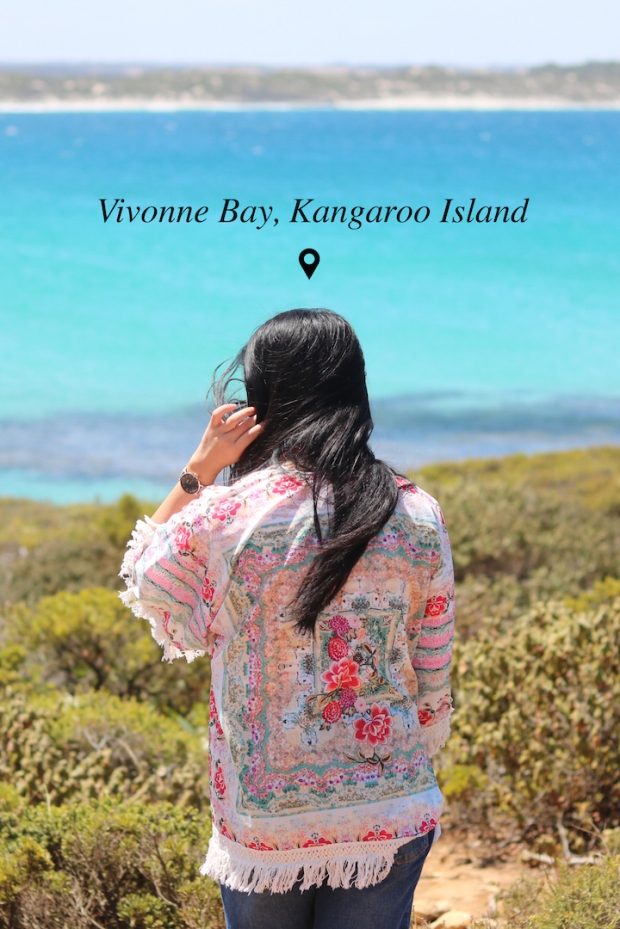 When we were in the visitor’s information centre at Kangaroo Island, I saw a wonderful sentiment that I would like to share with you today. “Kangaroo Island is not what it was nor what it will be. It is a story about change, isolation and remoteness. Natural change is never ending. Human activity influences change. Conservation is about managing the rate of change.”

Whilst the main point about conservation is importantly clear, I think its also a great reminder of why you should travel. Do it now and do it often because the places you go today will look different in ten years.

Take Vivonne Bay for example, in a survey of 10 000 beaches, it was judged one of the best beaches in Australia by University of Sydney’s marine studies centre director, Professor Andrew Short. I’m not exactly sure how they reached this conclusion but there’s something magical about those turquoise waters. That magic may disappear in the future but for now I’m just glad that I had the opportunity to see it. 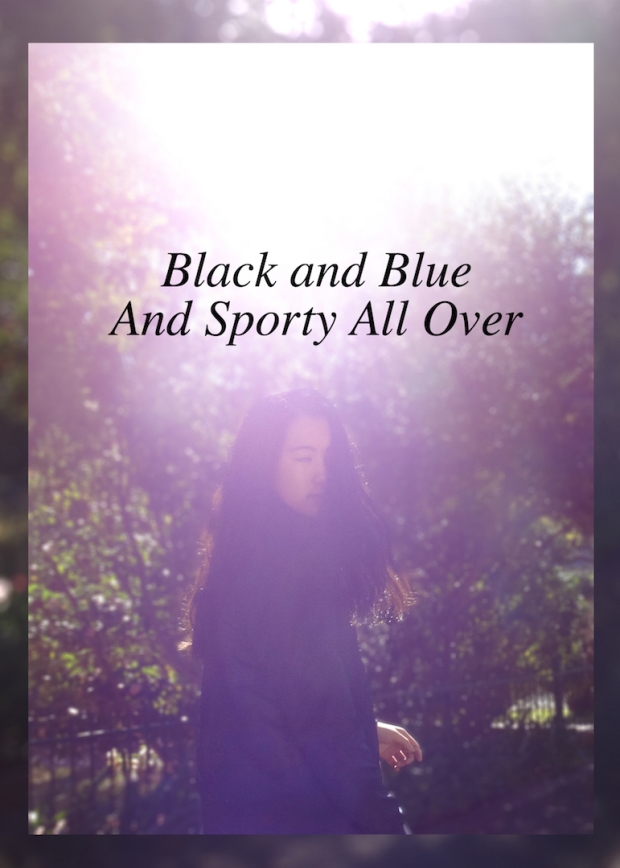 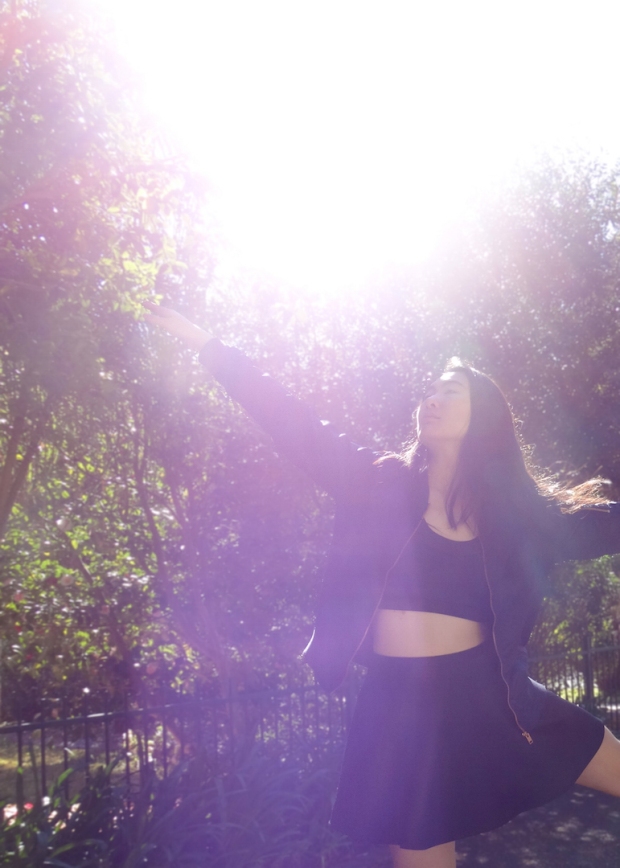 Mid semester exams are over and mid semester break is two weeks away. To celebrate, the weather decided to be absolutely beautiful this sunny Saturday and going bare legged was the best feeling. My last two weeks have been crazy hectic and I need to catch up on notes, fitness and social media. At the beginning of the week I finally brought home a copy of Lola Berry’s Happy Cookbook which I am very excited to try. I thought I would finally get it at almost 50% off the RRP at Kmart because that book has been on my mind since the beginning of the year. There’s some pumpkin pie pancakes which I hope to recreate and 130 other super nutritious treats in the book.

I would pick navy over black any day. Its the more preppy sister of black and together they create a very modern palette. Despite lack of photographic evidence, I have my heavily featured Nike Roshes on my feet to tie the outfit together. Now that I have done jeans with runners and short skirts with runners, the only bottom I haven’t been brave enough to try is maxi skirts. The sporty aesthetic is still here to stay so I believe I still have some time to find a maxi skirt that won’t swamp me. Remember when I said SS Brunch would become a regular thing? … Yeah that didn’t happen but in my next post I do have a SS Brunch and we talk summer vacations, cheesy music and Starbucks mugs so look out for it on Thursday. As always, have a brill week filled with glorious sun 🙂

It’s not even spring but the flowers on this street are in full force already. Perfect for twirling under in drop waist dresses like this great marble print one that’s made of silk and a dream to float about. My last week was so messy and I think its because I didn’t work out properly thus my schedule became completely off kilter. So! A new week begins and its time to start everything up again and make it a stellar one.

Anything copper or rose gold I am down. Particularly love it when its paired with maroon, pink or navy. What I like most of all about this bomber is the little pocket by the arm. I’ve never been one for magic tricks but when I whip out my opal card in two seconds and slam it on that rainbow circle triumphantly, I chuckle to myself a bit whilst all the plebeians have to go through the process of taking out their wallet from their bag, behind, etc. and flipping through their cards in slow motion. 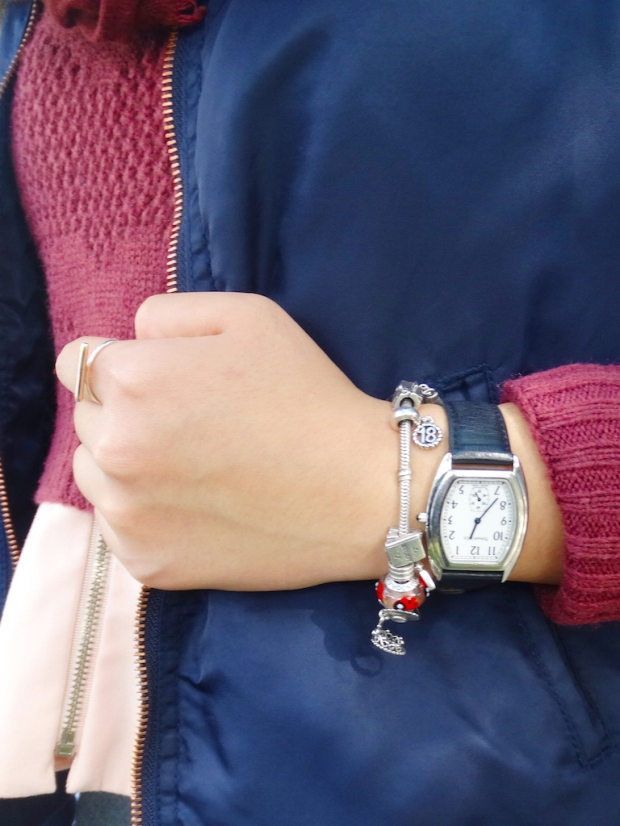 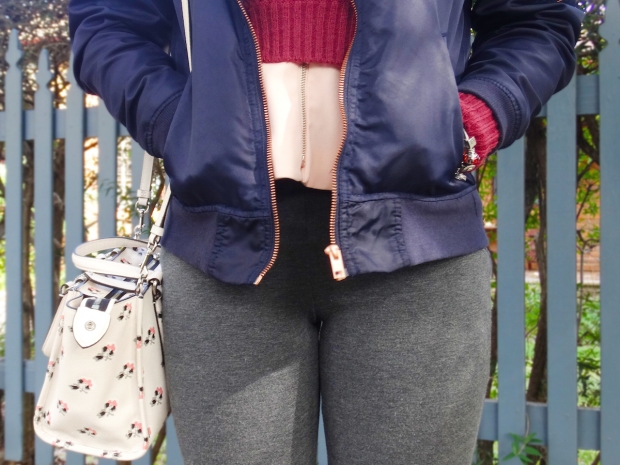 I can’t believe we’re a quarter of the way into 2015 already! This month’s blogging schedule went to the grave as soon other responsibilities took priority and although its taken me a month, I think I’ve reached a level of discipline that by April, I should be able to scrape off a section of my plate for creating content. In the meantime, I’ve had a lot of time to think about whether or not to keep up with SS and I think blogging will intrinsically be a part of me so there’s really no point in deleting this when I’ll end up opening another. When I was younger, I used to create my own little magazines by cutting out pictures from other magazines and writing my own articles. I guess this blog is just an extension of that little girl ambition and if this creative endeavour ever takes me further than a hobby, print is where I want to be.

Entertainment front, I watched Insurgent – it was good at best but that’s how sequels are. My friend and I have this really weird guilty pleasure; we still keep up to date with Disney Channel and Nickelodeon. We’ve been watching this cute new show called Bella and the Bulldogs – its about a cheerleader turned quarterback on the football team. My brother and I also watch the Sacconejolys on YouTube – their videos will brighten your day instantly I promise. Just silly things that make me nostalgic. My favourite read was probably Attachments by Rainbow Rowell, I liked all the characters and I liked how it was set just as Y2K was about to happen.

Being on the move more often has meant consuming more beverages (at least for me!) The pink drink is a fruit whip – its like a fruit based slushy so you know less refined sugars … Some of my favourite snacks this month have also been peanut butter ice-cream from Coles, mini Tim Tams and coconut almond milk!

Just some shoe love for this month. Flats here and joggers here. I have my eye on a pair of over the knee suede boots and cut out ankle booties for fall. So ready for autumn weather to hug me like my sweaters. If you’re in the northern hemisphere, I hope April showers bring you flowers and if you’re in the south … I hope you can stop feeling sweaty all the time haha. 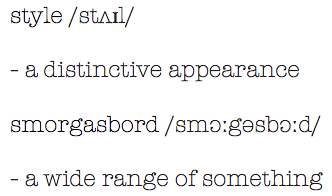